From Crypto Punk to CryptoKitties and this year’s popular project Axie Infinity, until Beeple’s artwork which worth $69 Million, or LP NFT of Uniswap V3, NFT portrays multiple roles. NFT’s sky-high deal also greatly shocks people in and out of the sector. As NFT successfully oversteps the bound, NFT becomes the center of attention, while more and more people feel interested to participate in it.

NFT is the only verifiable token which makes it different from fungible token. Moreover, differ from cryptocurrencies such as Bitcoin and Ethereum, NFT possesses different values, hence it cannot trade freely with other tokens. In other words, every unit’s value is not the same as any other unit’s value.

Since February 2021, NFT starts to experience burgeoning growth with trading volume of more than $2 Million weekly, and by month of May, total market value of major NFT project has increased 2000% in less than 3 months with popularity of exceeding DeFi. The popularity of NFT is shown on the data below: 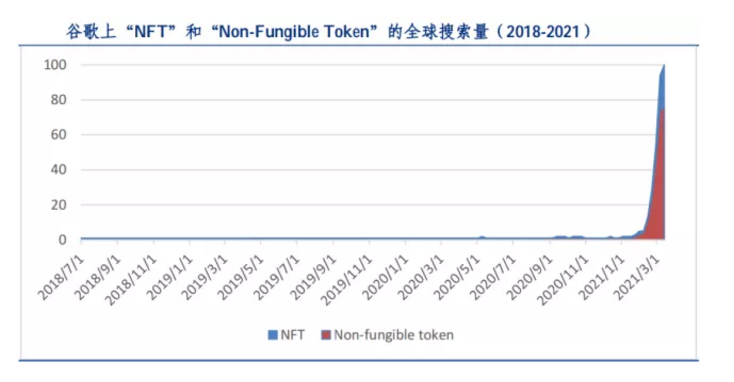 According to Google Trends, global search volume of keywords “NFT” and “Non-Fungible Token” rises rapidly in year 2021, which means that NFT ecosystem has received more and more attention from the public. This section will then transform into supply and demand, while continue to widen the NFT scale.

NFT Value and Problems to be Urgently Solved

Furthermore, there is a hot project such as CryptoPunks which established by Larva Labs on June 2017, named OG NFT. As new NFT project emerges in every hour, CryptoPunks shows its scarcity and preciousness due to distant years. Currently, one single zombie Punk is sold with 1201.725 ETH ($3.75 Million) in auction! 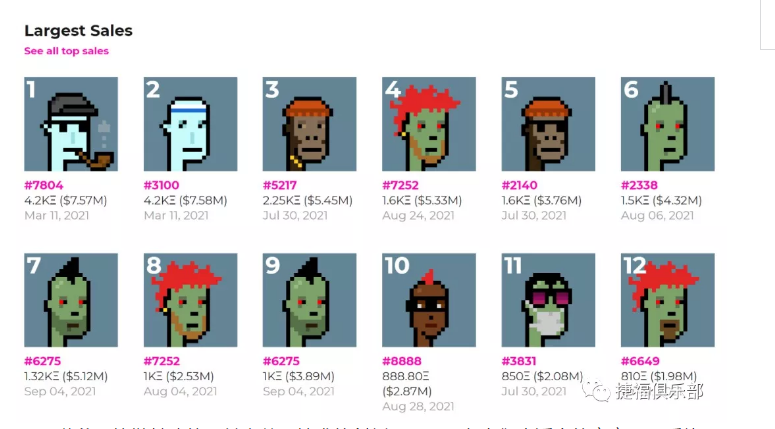 Common NFT is the creation of creator, such as profile picture, game design or artworks like CryptoPunks to cast respective NFT. Then, creator expands ecosystem to bring more follow-up values for NFT, this will also increase value/price for collectibles of collectors. In conclusion, “creation” is centered on project partner and artist. 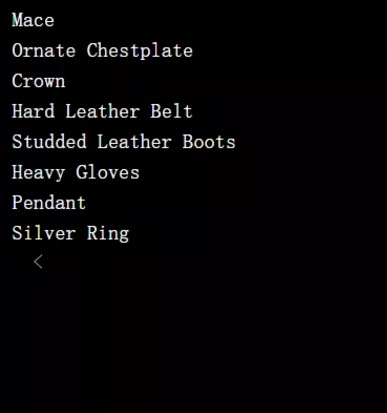 LOOT which gains hot issue recently is actually a type of MVP (minimalized feasibility product) in nature, or it can be described as a basic construction block. Its difference in way is that project partner only designs a frame, while users are required to complete more works so that every holder who participates in NFT casting will become the member of project community. Everybody can show their own creativity when participating in the project instead of artists only, therefore value of project will no longer link together with single entity or individual. Compared with the former situation, LOOT has achieved real decentralization as it allows more community member to participate in it.

Severe lack of liquidity is always the main reason of limiting NFT development. You can say that, the person who solves liquidity problem can make significant increase in development speed and quality of NFT circuit.

Star project NFTBomb is the first NFT protocol ecological project in which all NFT players can participate in it! After NFTB fully considers about the liquidity problem of NFT top assets and data storage, as well as flow and data relevance, it will provide own solutions by combining with DeFi. NFTBomb, a solution established by NFT+DeFi+DEX possesses 2 original application layer protocols, namely BOOM protocol and crowd auctioning protocol! Both protocols can solve current issue in NFT sector, enhance liquidity significantly and allow any protocol development projects to announce own protocol gameplay at the platform.

1. BOOM protocol allows project partner to initiate a BOOM pool and inject bonuses. All users who hold NFT assets can use their existing NFT assets to collide with random numbers on the chain and win prize pool according to rules. This is a non-destructive collision process, because a small amount of BOOM cost will be consumed for on-chain collisions, and at the same time BOOM cost will be injected into BOOM bonus pool. No matter how big and attractive this prize pool is, it will only be paid according to the rules of the game.

2. There is no divestment, user can participate in any project, and the project initiated will not end until specified time.

3. Low entry requirement in which users who hold NFT assets will be able to participate. Regardless of players who like low risk and low return or high risk and high return, they are allowed to participate by paying only a small amount of fees.

4. BOOM pool is open and transparent until someone hits the jackpot! BOOM protocol also has guarantee mechanism. If BOOM pool bonus has not been fully consumed within the specified time, the remaining bonus will be airdropped to all participating addresses according to number of collisions! This will be the FOMO3D of NFT sector!

2. The original crowd auctioning agreement of NFTBomb project is to publicize, marketize and financialize NFT assets. This is a fragmented Pro version which can greatly reduce the threshold of NFT participation, while allowing users to participate in the crowd auctioning of masterpieces with only 1 USDT.

In fact, the biggest difference between currency speculation and NFT speculation is liquidity and public participation. Briefly speaking, NFT speculation was originally similar to real estate speculation. Cash-out refinancing of property is very cumbersome and requires a series of procedures, it will be too late when you urgently need the money as the account value is difficult to cash in.

If NFT faces a crash, liquidity will drop instantaneously, and 99% of JPG will fall into the hands of players without selling out even for a cent. The NFTB protocol ecology will have rich financial attributes and huge market potential. As the first protocol ecological project in NFT sector, NFTBomb perfectly solves problems of low liquidity and poor participation in the NFT sector. NFT market will again expand exponentially with the help of NFTBomb protocol ecology! Furthermore, NFT value will also be completely decided by the market, and it is difficult for anyone to make changes.

NFTBomb not only has a large number of NFT underlying assets, but also regarded as an open ecological project that aggregates many NFT protocol gameplays. NFTB enriches the NFT asset ecology. We believe that, with continuous expansion of data and protocol ecology and deepening of financial attributes, more and more digital assets will be presented in the form of NFT and applied in the NFTB protocol ecology. In the coming days, people will witness more revolutionary experiments taken place via NFT, and the implementation of more NFT applications will surely bring revolutionary changes to many industries. This eventually marks the upcoming of global boom.