Skip to content
HomeBusinessA Korean company’s declaration of war, trash cans for the Rising Sun Flag around the world

On the 13th, Korean fashion brand Lakai Korea announced that they will place trash cans for the Rising Sun flag, a symbol of Japanese imperialism, all over the world.

The reason Lakai Korea made this decision was that they suddenly received a rejection notice from Japan for their billboard advertisement to support Korean marathon runner Sohn Kee-chung and the Korean athletes participating in the Tokyo Olympics in Tokyo, the center of Japan, in mid-July. 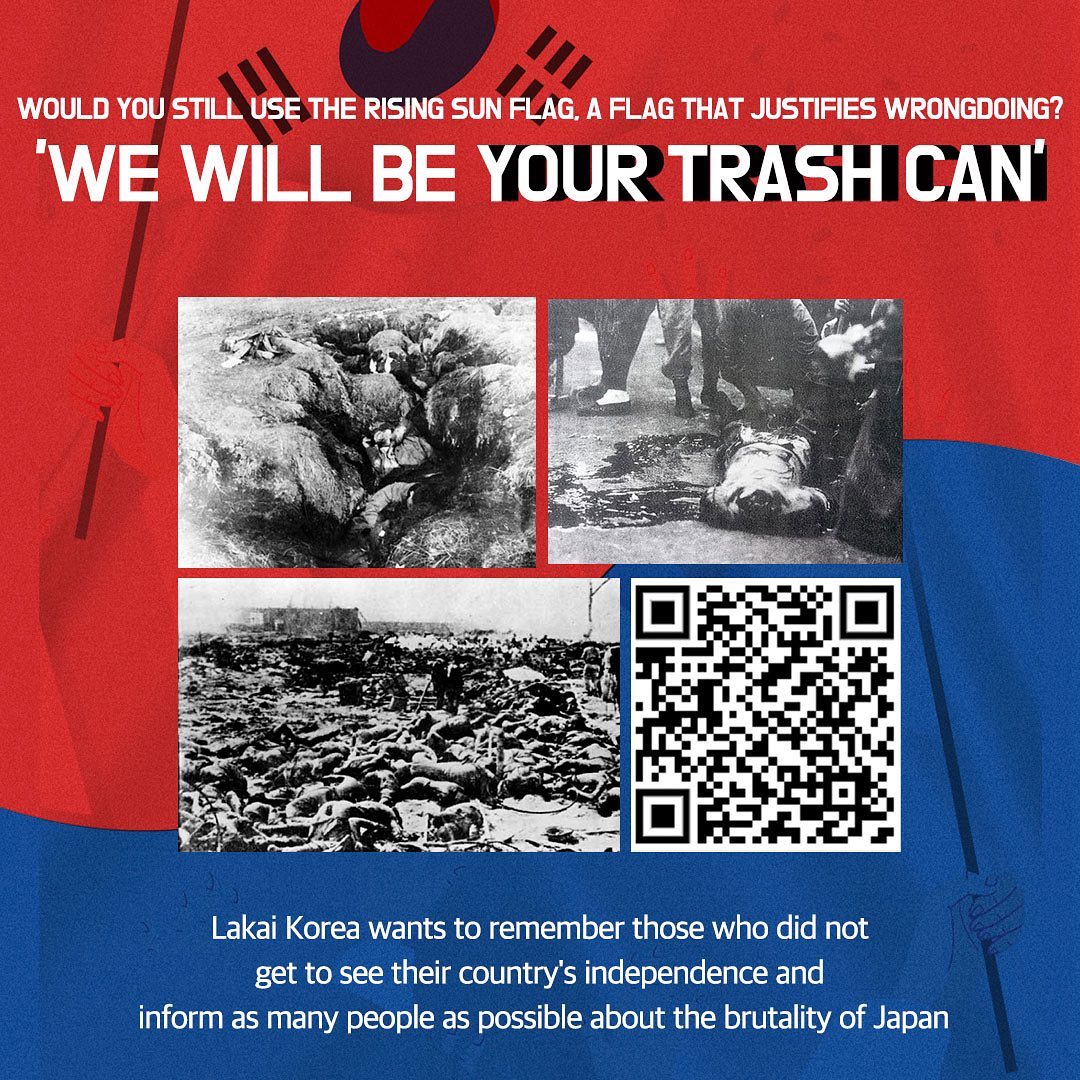 The reason for the rejection notice from Japan was that the advertisement was made by Lakai Korea and erased the Japanese flag from the chest of Sohn Kee-chung, who had no choice but to participate as a Japanese athlete during the Japanese occupation, and replaced it with the Taegeukgi. Japan delivered a strong position that they will not conduct advertisements from Lakai Korea in the future.

Lakai Korea announced this through their SNS and conveyed a message that Japanese companies that distort history claiming Dokdo, which is Korean territory, as Takeshima proudly advertise in Korea, but we cannot advertise there.

However, Lakai Korea took this as a turning point and unveiled a more daring project a few days later.

Last year, on a national holiday in Korea, they reported the damage during the Japanese colonial period and translated the information about the Rising Sun Flag, a tool that symbolizes the cruel history in different languages. In addition, in the project image, they said that if a product designed with a Rising Sun flag is sent to Lakai Korea, it will be incinerated and disposed of. In fact, all of the Rising Sun Flag products received from numerous overseas customers were incinerated.

Expanding the scope of last year’s project, Lakai Korea announced that this year they will place trash cans with a QR code that can inform the world of the evil deeds of the Rising Sun Flag.

They are discussing how to install them with some companies. They stated that the project will continue until the moment when all the Rising Sun Flags around the world are put in trash cans and discarded, even if it takes a long time. They said they will not give up no matter what sanctions are placed.

Lakai Korea is announcing that they will become a trash can for the Rising Sun Flag in different languages around the world. Many global companies are paying attention to this company due to their unusual actions as a fashion brand. In addition, beyond K-POP, many people around the world are now fascinated by this company’s Korean products. Together, they spread the history of Korea to the world through their SNS.